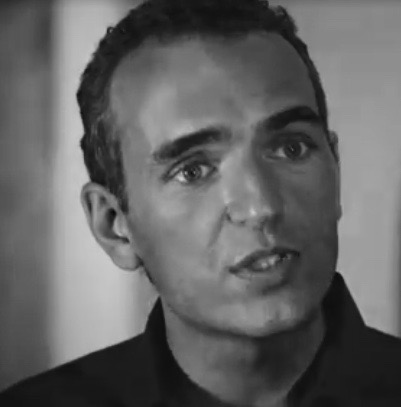 Alexandre Mars is a French-born, Brooklyn-based entrepreneur and founder of the Epic Foundation for philanthropy. To celebrate International Volunteer Day, launched in 1985 and commemorated annually on 5 December, the United Nations highlights the power and potential of volunteers. Alexandre Mars volunteers his time and money to disrupt the traditional model of philanthropy.

The 2016 theme for International Volunteer Day is “Global Applause“ – to give volunteers applause, a hand, a clap, or a pat on the back. It recognizes volunteers worldwide and all they do in making peace, providing good will, and in supporting sustainable development.

Alexandre Mars (1976-) has had several start-up high-tech and social media companies, which he sold and amassed his wealth. He established his first start-up when he was 17 years old. The Epic Foundation is his “most ambitious“ start-up.

He travelled the world to search for solutions to improve philanthropy. He had a revelation: “There are many powerful people with money who have a hard time giving it away because they have no trust, no time, and don’t know where to start.”

He combined his social media and tech-savvy skills with philanthropy to arrive at his solution to “disrupt the philanthropic industry by “developing new tools that will enhance how donors select, monitor, and experience their impact.” He established the Epic Foundation in 2014 on Broadway in New York. The Epic Foundation solicits applications from social enterprises (non-government organizations – NGOs) worldwide.

The traditional philanthropy model is to give money to known organizations – or to other funders, such as the Bill and Melinda Gates Foundation so that they can manage the donations. Alexandre Mars and the Epic Foundation model is to find the 20 best social enterprise organizations in the world each year and connect them to wealthy entrepreneurs.

But not just to connect each other.

With 50 applications from 50 countries, Mars visited each NGO personally to narrow them down to 20 organizations to connect to wealthy philanthropists. There is a rigourous selection criteria, which includes solid and measurable impacts, their relationship with the local community, and their leadership qualities.

The 20 organizations currently funded are in 6 regions: the United States, Brazil, Western Europe, East Africa, Southeast Asia, and India. Each year 20 new organizations will be selected. The applications have increased to 1,400 and Epic Foundation continues the selection procedure. The NGOs work with youth and children in the areas of education, child protection, and health.

Although the Epic Foundation has no business model, Mars solves the problem of the philanthropist’s distrust (where to donate so that the money is used effectively), lack of time to follow-up where the donations go, and not knowing where to start. He connects donors directly to the NGOs – the most carefully selected applications across the world. And the social media app provides feedback in real time on the impact of their donations.